Independent Election Commission announced that, the leadership of the commission met with officials of DERMALOG company in UEA regarding the biometric system.

On an official visit the leadership of IEC went to United Emirates Arab and talked with officials of DERMALOG company, IEC said in a statement on Sunday. 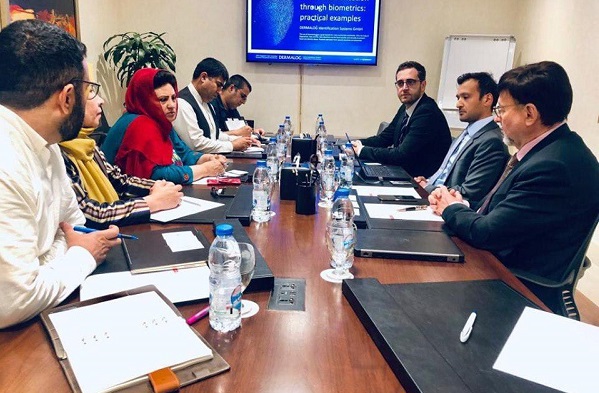 Hawa Alam Nuristani, chairman of the Independent Election Commission attributed the purpose of the trip to exchange of ideas and discussion regarding the issues on biometric materials and added that: ”the information and elaboration of the authorities of the company indicate that, the technical team of IEC and the delegation have reached some agreements and improvement.’

According to the Independent Election Commission, the process of registrations and display of the voter list is about to wind up.

Meanwhile, due to lack of time, the Independent Election Commission recently decided to use the biometric system only on 28 September for the upcoming presidential election which met with criticism of a number of election candidates