US Secretary of State Mike Pompeo clarified on Twitter that US President Trump did not pass a message through Oman calling for talks with Iran, “We have made our position abundantly clear and we are willing to engage when the time is right.”

He added that the U.S. has shown beyond any doubt that Iran shot down a U.S. unmanned aircraft in international space and the U.S. is not evacuating personnel from Balad Air Base in Iraq. 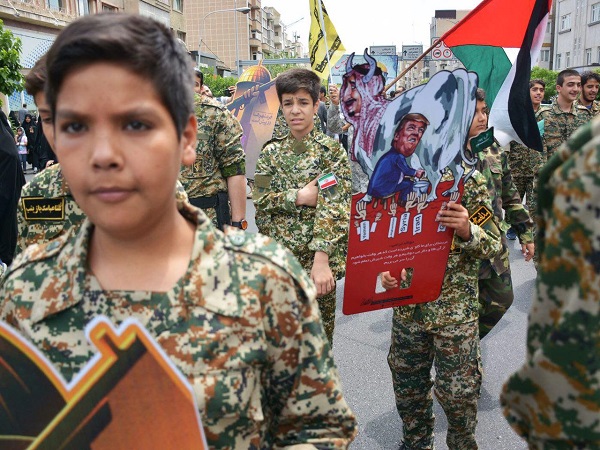 Pompeo’s statement continued with saying that “It’s telling that the Iranian regime rejected the recent, historic diplomacy of Japanese Prime Minister Abe, attacked a Japanese tanker in the Gulf of Oman, and shot down a U.S. aircraft operating in international airspace.”

Pompeo conceded that the United States stands for peace and stability in the Middle East, “The decisions we have taken in response to Iran’s reckless attacks have been to deter the Islamic Republic of Iran from obtaining nuclear weapons, and delivery systems for those weapons, and to prevent the world’s largest state sponsor of terrorism from threatening Americans and American interests worldwide. Iran’s leaders know this is the truth, which is why they resort to violence and disinformation. We will continue to set the record straight”.

One day after US President Donald Trump announced he had cancelled plans for military action against Iran, Iranian officials issued a stark warning to the US, saying Iran is ready to “firmly confront any aggression.”

The cancelled strike was planned as retaliation for the Iranian downing of a US drone Thursday. Tension between the two countries has been building for more than a year following the US’ exit from the Iran nuclear deal, and only intensified when the Trump administration imposed new sanctions and trade restrictions on Iran.

In recent weeks, the US has stationed additional troops in the Middle East and Iran has announced it will stop abiding by parts of the nuclear deal. The US has also accused Iran of attacking oil tankers in the Gulf of Oman, something Iran claims it did not do.