Ahmad Shah Ahmadzai, spokesman of Kandahar police command told Reporterly on Sunday that: “four Humvees full of explosives were detonated by Taliban suicide bombers during the attack on Maroof district compound and then Taliban led an offensive attack to the district.” 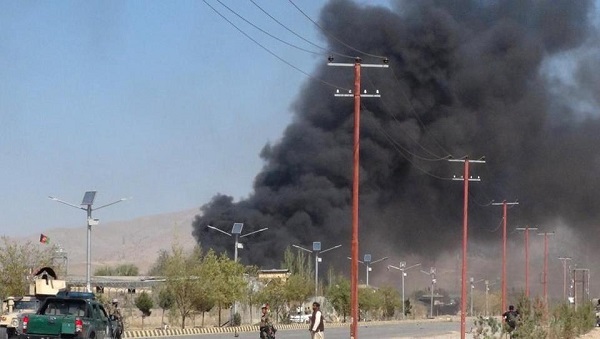 Ahmadzai added that so far there are no precise details about the causalities of this incident, but the Taliban attack is repulsed and the situation is under control of security forces.

Meanwhile, the ministry of interior said in a statement that 25 Taliban insurgents were killed in the clash.

The ministry added that, back up forces are sent to Maroof district and the clearance operation will be conducted in the following hours.

The ministry did not comment about the causalities of security forces and civilians resulted from Taliban attack.

Meanwhile officials of the Independent Election Commission (IEC) confirmed that 8 employees of the IEC were killed in Taliban attack in Maroof district.

Speaking to Reporterly on Sunday, Abdulaziz Ebrahimi deputy spokesman of IEC said that, 8 employees of the commission were killed in Taliban attack on Maroof district of Kandahar.