Ministry of Agriculture has announced that the process of distributing agricultural loans to farmers has begun in Bamyan province.

The process of distributing loans to farmers has begun in Bamyan province through which AFN 152 million loan is supposed to be dispersed for the farmers, said Ministry of Agriculture on Sunday.

Meanwhile, Mohammad Tahir Zahir, Governor of Bamyan province expressed hope at the initiation of distribution of agricultural loans, saying that the farmers will utilize this program to produce and supply agricultural products specially potatoes of Bamyan. 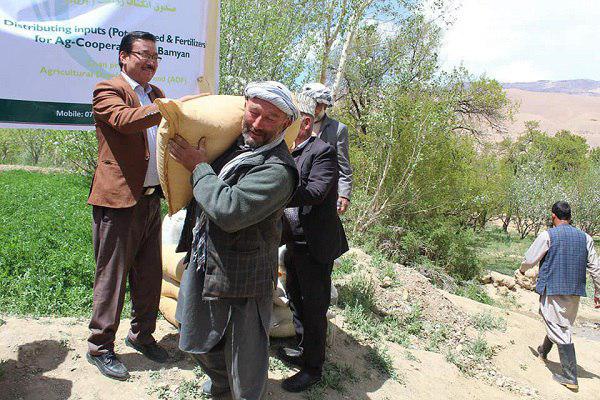 Abdul Wahab Mohammadi, Director of Agriculture Directorate of the province attributed the distribution of agricultural loans to increase in production and fertilization of potato fields.

It is said that this program covers a total of 1444 farmers in forms of 53 groups that cover more than 7300 acres of cultivated land which will be implemented in Waras, Punjab, Shibar and Yakawlang districts of Bamyan province.