The Afghan Ministry of Finance signed a cooperation agreement with the Saudi Arabian Embassy in Kabul and the UN Refugee Agency (UNHCR) to facilitate the voluntary return of Afghan refugee families. 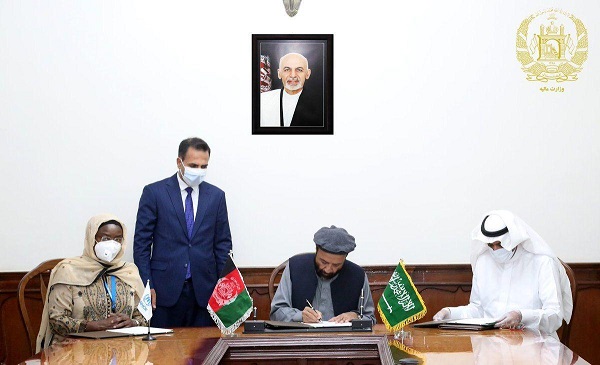 Under the agreement, there will be seven health centres and clinics established in 12 provinces, along with the construction of 13 schools in eight provinces and 11 reconstruction projects in various other provinces across the country.

The intention of the agreement is to improve the health, education and infrastructure for Afghan refugees who are voluntarily returning.

He said the Afghan government wants the honourable repatriation of refugees and appreciated the help to provide them with the necessary infrastructure.