The Taliban prisoners were released from Pul-e-Charkhi, Bagram Central Prisons and a number of other detention facilities.

The prisoner exchange is part of the U.S.-Taliban agreement signed in February, which the Afghan government was not a part of. It called on the Afghan government to release up to 5,000 Taliban prisoners. In exchange, the group would free 1,000 government captives. This was intended to be a confidence-building measure ahead of the intra-Afghan peace talks.

Spokesman for ONSC, Javid Faisal tweeted that the prisoners were exchanged over the past few days and the process will continue in keeping with Afghan President Ashraf Ghani’s commitment to release 2,000 Taliban prisoners as a ‘goodwill gesture’ in response to the Taliban’s call for the Eid ceasefire.

So far, the Afghan government has released a total of 2,700 prisoners since the U.S.-Taliban deal was signed.

The ONSC has revealed that the Taliban prisoners were released based on a list provided by the technical team of the Taliban to the government. 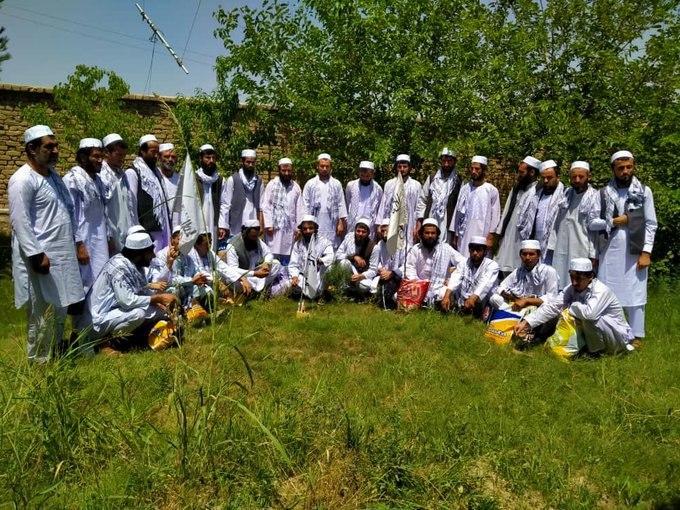 Suheil Shahin, a spokesperson for Taliban’s political office in Qatar, tweeted that 73 government prisoners had been released by the group in the provinces of Balkh, Kunduz, Logar, Paktia, Khost and Paktika.

The prisoners were given new clothes and some money for transportation, Shahin said. So far, the Taliban has released 420 government prisoners.

The Afghan government has not yet commented on the identities of those released by the Taliban.

The prisoner release comes amidst an international call to start the peace process in Afghanistan. Negotiations with the Afghan government had halted after they released 1,000 Taliban prisoners after the U.S.-Taliban peace agreement.

The Afghan leadership said the Taliban was delaying the process.

During the three-day Eid ceasefire, Afghan authorities once again announced the release of more prisoners. These developments saw a five-member Taliban delegation visit Kabul on May 28 and facilitate the prisoner swap.

Since the ceasefire ended, the Taliban has also maintained an unofficial reduction of violence.

Government leaders, including President Ghani and Abdullah Abdullah, head of the High Council for National Reconciliation, have now indicated they are ready to sit at the negotiating table.