Former Independent Election Commission (IEC) chairman Ahmad Yousuf Nuristani was sentenced to more than one-year imprisonment on the charges of taking money during his tenure in Herat province. 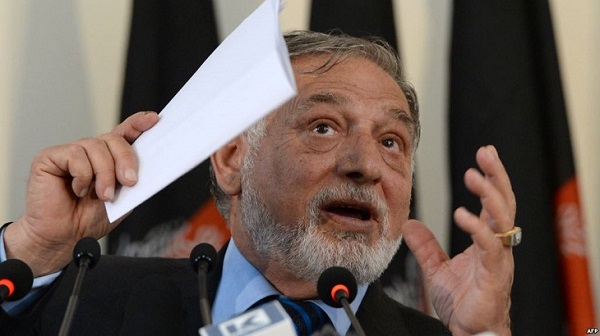 Ahmad Yusuf Nuristani, former head of the Independent Election Commission, former governor of Herat and a Senator, was sentenced to 13 months in prison and was fined AFs1 million by a special court on graft charges.

Attorney General Office said that, in 2009, when Mr. Nuristani was the governor of Herat province, he took one million AFN from the “National Entity” and did not return the money to the government.

Meanwhile, the establishment of National Unity Government is the outcome of chairmanship at Independent Election Commission (IEC).