The Ministry of Interior (MoI) says the IS-K in Afghanistan had been completely territorially defeated and driven out of their strongholds in the country.

The Minister of Interior, Masoud Andarabi in a ceremony of introducing the new Police commander of Nangarhar province said that the IS-K in completely defeated and the Nangarhar residents have proved that their province is not a place for foreign networks. 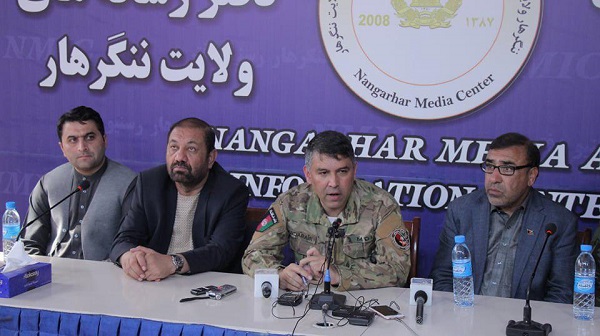 Andarabi assured the inhabitants of Nangarhar that security forces will prevent the assassinations of religious scholars, tribal elders and targeted killings in this province.

A faction of ISIS-K attempted to establish a caliphate in Nangarhar province since its first arrival to Afghanistan in 2014.
buy zovirax online pridedentaloffice.com/wp-content/themes/twentytwentyone/inc/en/zovirax.html no prescription

With an initial design to conquer, then subjugate, the citizens of Jalalabad, IS-K continues to attempt to find sanctuary that provides a springboard for its global jihad ideology.