The Herat governor announced that based on a court order, security forces have taken control of an Afghan-Turk school. Many students and teachers from the Afghan-Turk school in Herat province were arrested on Sunday morning, officials confirmed to TOLO.

The students and teachers were taken to the local police HQ.

Security forces in Herat also confirmed the arrest.
Herat governor’s spokesman Jelani Farhad said that based on a court order, security forces took control of the school based on its links to the Fethullah Gulen movement. 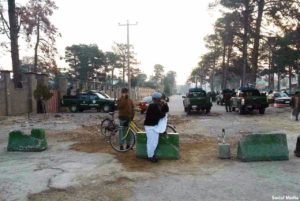 Meanwhile, Afghan-Turk CAG Educational NGO issued a statement shortly after the arrests and condemned the move.

In February of this year, Afghanistan’s Ministry of Education (MoE) formally transferred the management of Afghan-Turk schools to the Turkish government. Turkey claims that these schools are run by Turkish cleric Muhammed Fethullah Gülen who is currently in exile in the United States.