A hijack scare on a Kandahar-bound Ariana Afghan Airlines flight was sent security officials at Delhi airport on Saturday. Reportedly, the pilot had “mistakenly” pressed the “hijack button” as the plane taxied for take-off, sources told Telegraph India. 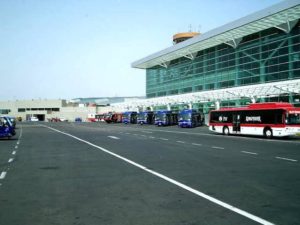 The action had released much tension and panic as per sources.

India’s National Security Guard commandos and officials of other agencies were on alert about the situation and proceeded to surround the aircraft.

The Delhi-Kandahar flight FG312, scheduled to depart at 3.30pm, was cleared for take-off after a two-hour operation and checks.