The Afghan Ministry of Transport has announced that it will soon establish a department of shipping, and ships from Afghanistan in international waters will have the Afghan flag.

These ships would be between Iran’s free port of Chabahar and India. 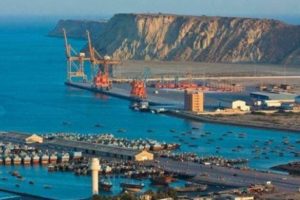 According to officials after the US renewed sanctions on Iran, Afghan officials have been working to resolve the problem through creating a shipping line to India through the Chabahar Free Zone port.

The Ministry of Transport also said that it has sent the proposal to India, Iran, and a number of other countries and that Iran will step up in investments.

Imam Muhammad Warimach, deputy minister of transport said that “These ships, which will be purchased by Afghan businessmen, will carry Afghanistan’s flag in the open waters and will benefit Afghanistan’s investment in this sector”.