The source told Reporterly that there were heavy casualties inflicted on the Taliban last night as a result of air strikes, and attack of military as well as people uprisings forces on the Taliban.

The source noted that the Taliban are now under the siege of government and people forces in the Qol Moklai Miradena area. 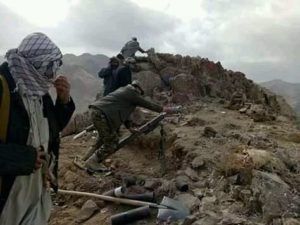 Regarding the latest situation in the Jaghori district of Ghazni province, reports also indicate that the Taliban were still fighting until 9 am today.

According to the report, there were casualties on both Taliban and the people uprisings sides during the clashes, but the local source told Reporterly that there were no casualties in the commando forces.

However, some media outlets have reported loss of 25 commandos and 15 civilians in a Taliban attack on the Hotqol area of Jaghori.