Mohammad Mohaqiq, Second Deputy Chief Executive of the Afghan government and leader of Hizb-e Wahdat Islami Mardum-e Afghanistan party, has expressed that Khalilzad’s efforts are unilateral in the peace process and he has so far not come to the Hazara leaders for consultation.

Mohammad Mohaqiq has claimed that Zalmay Khalilzad, the US State Department’s Special Representative for Afghanistan reconciliation, has met with Mullah Yaqub, son of Mullah Omar, the former Taliban leader in the “Khak Afghan” district of Zabul province in the past few days. 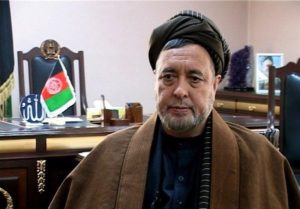 This claim by Mr. Mohaqiq has not been confirmed by US officials. But the Taliban have rejected the claim by publishing a statement.

Taliban’s attacks on Hazarajat regions have increased with the start of US efforts to bring the Taliban to the peace talks, and the intensification of the war on the safe areas of Afghanistan is questionable to the people, According to Mr. Mohaqiq.

Mr. Mohaqiq has also emphasized: “With the advent of peace talks and undisclosed meetings inside and outside of the country, the war on” Hazarajat “has intensified and Taliban attacks have been unprecedented in these areas, which has raised many questions for the people.”

He has confirmed that he supports the peace process and efforts to bring peace to Afghanistan, but these dialogues should not be unilateral.