Qatar has renewed its continued solidarity with and support for the Afghan people in reaching national accord, and comprehensive and sustainable peace that regains the security and the stability the people deserve in order to guarantee honourable living following decades of fighting.

This came during the statement by the Deputy Prime Minister and Minister of Foreign Affairs Sheikh Mohamed bin Abdulrahman al-Thani during a Security Council high-level virtual Arria-formula meeting on what the Council could do to advance the peace process in Afghanistan. 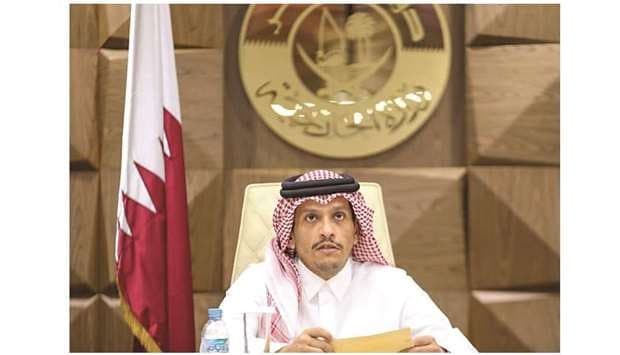 The Qatari Foreign Minister stressed the strength of ties between Qatar and Afghanistan, noting that the State regards itself an international partner that is committed to supporting Afghanistan’s journey towards stability, peace and prosperity.

He stressed that Qatar maintains its firm position in supporting Afghanistan in regaining peace and security, which is a main component of the State’s foreign policy as it has strived on providing support to enhance peace and security regionally and internationally, in addition to enhancing the settlement of disputes through diplomatic means.