Mohammad Mohaqiq, Second Deputy Chief Executive of the Afghan Government has called the arrest of commander Alipoor, as a mistake and called for his release.

Mr. Mohaqiq told news sources that the arrest of Alipoor will not solve any problem, but will increase the gap between the people and the government on the contrary.
He demanded the release of the commander Alipoor. 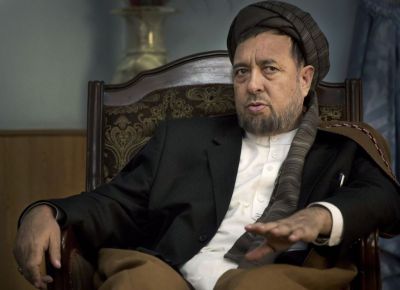 It comes after commander Alipoor was arrested by NDS in PD 13 of Kabul Province this afternoon.

Media sources have announced the detention of Alipoor, known as Qomandan Shamshir, a famous people uprising…

Samin Arif, the deputy spokesperson to President Ghani has announced that the President has appointed a…

The Ministry of Agriculture, Irrigation, and Livestock (MAIL) has announced that the pistachio harvest has surged…