Germany has pledged 72 million euros in aid to Afghanistan during a meeting between State Secretary of the German Federal Ministry for Economic Cooperation and Development, Martin Jaeger, and Afghan Acting Finance Minister Mohammad Humayon Qayoumi, in Kabul.

It brings up the total commitment to Afghan-German Cooperation projects in 2019 to 211 million euros. 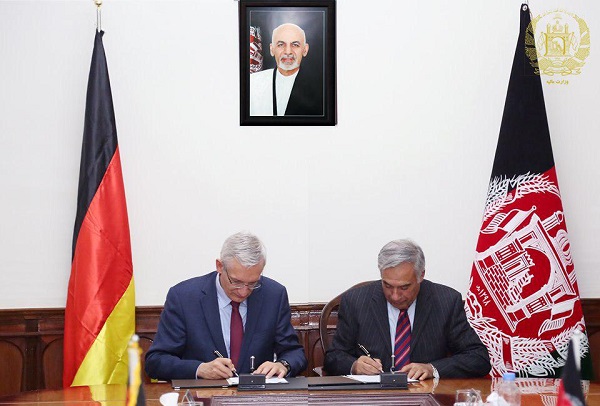 “Germany is prepared to continue to support Afghanistan on its path towards peace and democracy,” Jaeger said. “Any future support needs to build upon the development gains made since 2001, particularly those which have benefitted women and girls.
buy vibramycin online https://rxxbuynoprescriptiononline.com/dir/vibramycin.html no prescription

Germany will continue to play a prominent role as a long-term supporter of Afghanistan.”

According to finance ministry, Germany is eager to maintain its commitment as long as the Afghan government increases its anti-corruption measures, promotes good governance, and implements agreed reforms.

Of the new 72 million euro commitment, 53.5 million euros is allocated for ongoing projects, including the improvement of power supply by renewable energy and energy efficiency, Kunduz-Kholm national highway, and the Regional Infrastructure Development Fund.

Afghanistan Presidential Palace, United Nations Assistance Mission in Afghanistan (UNAMA) and the US embassy in Kabul…