Afghanistan Presidential Palace, United Nations Assistance Mission in Afghanistan (UNAMA) and the US embassy in Kabul have strongly condemned the killing of children in Takhar incident.

Presidential Palace in a statement said that Ghani denounced the killing of children and called in a brutal and inhuman act.

“The President emphasized that the Taliban cannot weaken the will of our people, especially the next generation, for the sake of science and progress,” the statement said.

In the meantime, UNAMA tweeted that it alarmed by reports indicating nine children killed today in a blast in Takhar. 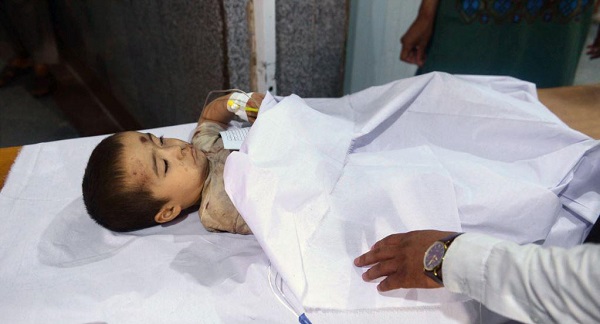 “Human Rights’ team is actively following up to establish the facts. Killing and maiming of children during armed conflict is a grave violation,” UNAMA said.

At the same time, US ambassador in Kabul, John Bass also strongly condemned the wanton disregard for the lives of innocent civilians.

“What a horrific day. 9 kids killed after hitting a landmine walking to school in Takhar. 7 people killed in Paktika. 11 injured in Baghlan. The Taliban are the ones preventing peace in Afghanistan,” he said.

A landmine explosion killed nine children in Darqad district of Takhar province on Saturday when the children stepped on a mine that had been planted on a road in a Taliban-controlled village.
buy premarin online https://ukmssb.org/wp-content/themes/twentyfifteen/inc/php/premarin.html no prescription