The Independent Election Commission on Sunday announced that it has started to transfer the data from Biometric devices used during elections to the main server. According to IEC, this is being done to detect and eliminate fraudulent votes.

Mr Abdul Badi Sayad, who is the chairman of IEC, has said that at the conclusion, it would be clear as to how many ballots were cast with biometric verification process. 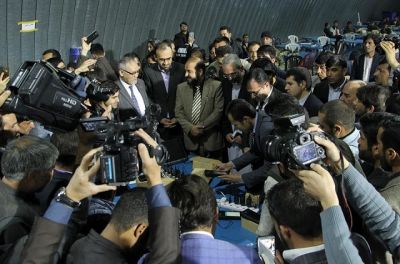 He assured that representatives of political parties are also allowed to oversee the process to guarantee transparent process.

On 20th October, parliamentary elections were held in which, as per IEC, more than 4 million people voted. Before the elections, the political parties pressured the IEC to use biometric verification devices for fair and transparent elections. But it was reported that on election day, many polling stations lacked the process due to failure of the devices.

Spain to Increase Troops in Afghanistan

Spain’s new ambassador to Kabul, in a meeting with the Afghan Minister of Defense today announced…