US President Donald Trump in a tweet on Saturday reiterated that the United States’ “endless wars” must end, indirectly referring to American forces’ presence in Afghanistan which is about to complete its two decades.
buy hard on oral jelly online myhst.com/wp-content/themes/twentytwentytwo/inc/patterns/en/hard-on-oral-jelly.html no prescription 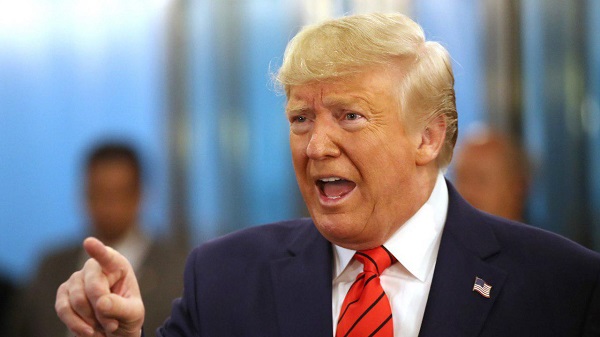 Trump has made similar remarks on many occasions over the past few months, including a rally of his supporters last week, where he said the US troops were supposed to be in Afghanistan for a short period of time, but “we’re now going to be there for close to 19 years” and “it’s time to bring them home.”

Early September, Trump called off negotiations with the Taliban, and subsequently said the talks with the group are “dead.”

Trump made the decisions after the Taliban admitted to an attack that killed at least 11 people, including a US soldier in Kabul.

Taliban Killed a Prosecutor in Parwan

Local officials said that Taliban group have killed a prosecutor in Dolana village, Charikar city of…

The UN Assistance Mission in Afghanistan (UNAMA) has urged the Afghan authorities to safeguard, complete the…