President Ashraf Ghani on Sunday condemned the Taliban attack in Firozkoh, the capital of Ghor, where at least 12 people were killed and 100 were wounded in a car bomb explosion.

The statement released by the Presidential Palace said that such attacks reflect the Taliban’s attitude regarding the war and undermines the aspirations of Afghans to end the conflict through peaceful dialogue.

“The government of Afghanistan emphasizes that these attacks, contrary to Islamic and human values, are a continuation of the unjust war against the people of Afghanistan and the deliberate killing of Muslims,” the statement says.

They said that Afghanistan wants an end to the war and once again called on the Taliban to renounce their “unjust and un-Islamic” war and accept a ceasefire. 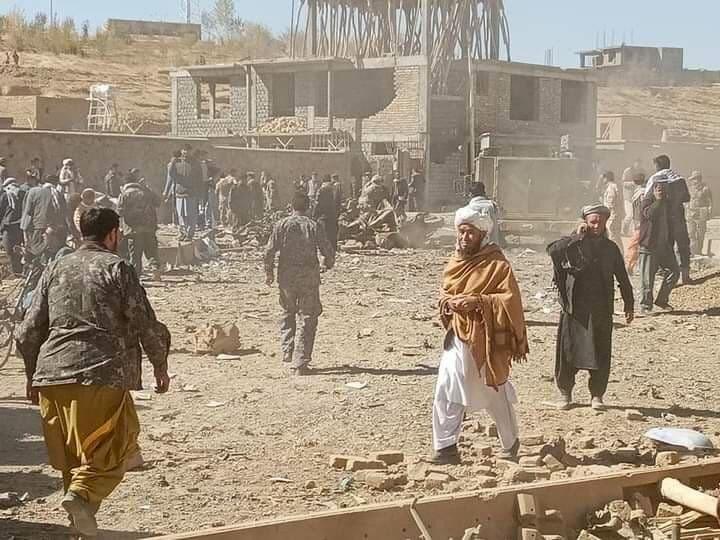 Taliban spokesperson Qari Yousuf Ahmadi issued a veiled threat to the U.S. regarding the airstrikes in Helmand.

They warned the U.S. Forces in Afghanistan (USFOR-A) that the Americans violated their commitments to the Doha agreement by carrying out “excessive” airstrikes following the Taliban attacks in Helmand.
buy albuterol online https://noprescriptionrxbuyonline.com/dir/albuterol.html no prescription

“All responsibility and consequences from continuation of such actions shall fall squarely on the shoulders of the American side,” Ahmadi said.

He said that the airstrikes were carries out in areas other than combat zones and where there was no active fighting.