Balkh Election Commission head has said that on the first day of the Afghan parliamentary election, 27 polling centres remained closed in the province.
“Out of these 27 closed centres, 14 centres were in Chaharbulak district and the security forces were unable to secure it”, Mohammad Zahir Akbari told Reporterly. 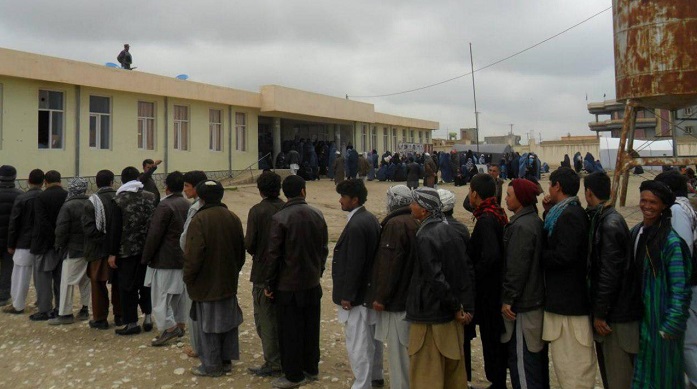 According to him, out of a total of 315 established electoral centres in Balkh, 280 were open in the registration process, of which 27 were still not open on the voting phase so people could not cast the ballot.

According to Mr Akbari, the counting process in polling centres in Balkh province continued until 3 am this morning, and according to this count, 122,000 voted in a total of 520 polling stations, out of which 54 per cent of the voters were men and 46 per cent were women. However, according to him, the statistics are changing.