The beginning of the second day of the Afghan parliamentary elections in the centres which were closed yesterday has somehow also received hurdles.

According to the latest election commission’s reports, out of a total of 5074 polling centres, close to 4,667 centres were open on Saturday, and 407 remained blocked, which, along with centres that did not receive electoral materials yesterday by 1:00 pm, should be open for ballot today (Sunday). 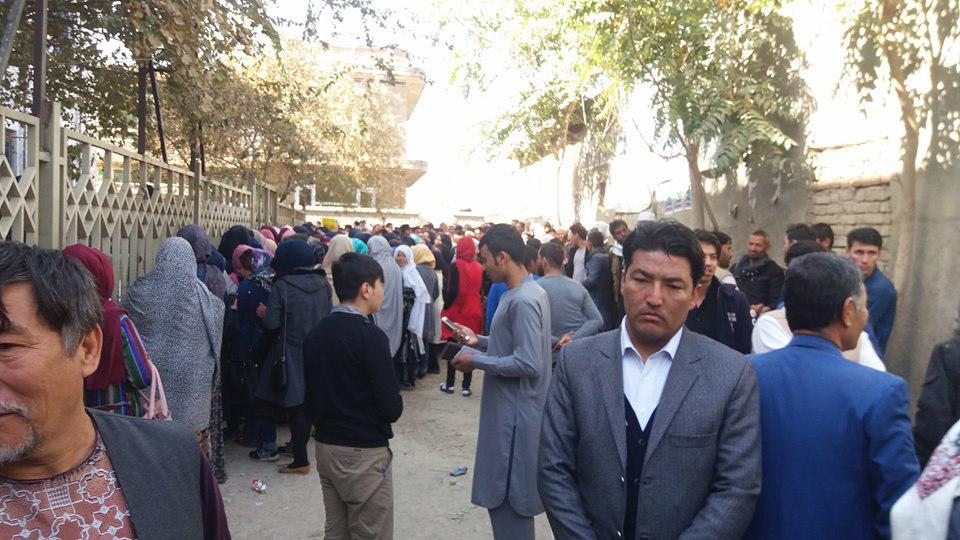 Meanwhile, according to the interior minister, a thousand polling stations in Afghanistan were blocked yesterday.
As of today, a number of western Kabul residents say it’s been around two hours that people are standing in the queue, but voting has not yet begun in some stations.

According to an eyewitness from polling stations, the polling centres in Qalae Ali Mardan, Omid Sabz township, Mahdieh, Dawazda Imam township and Quran Etrat mosque had not opened until 10:30 A.M roughly, as Reporterly checked last.

According to these witnesses, they had been standing in long queues for two hours, but since electoral materials and relevant authorities had not been present at these respective centres, delays were caused.