National Directorate of Security’s (NDS) Special Forces have reportedly found a key hideout of the Taliban group in eastern Nangarhar, as informed by provincial government office’s statement on Sunday.

The statement also added that the operation was carried out on Friday in the Khalaqdad area of Khogyani district and continued until early Saturday morning. The operation killed 4 militants as well. 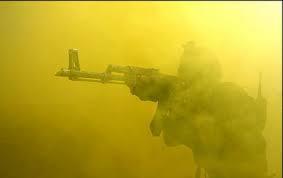 A Taliban insurgent who was expert in producing improvised explosive devices was arrested along with seven others during the same operation, the statement by provincial government’s office said.

Afghan forces also confiscated and destroyed some equipment, weapons, and other explosives during the operation and no civilian casualty took place as confirmed by the statement.