On the second day of intra-Afghan talks on Sunday, five-member delegations from the Afghan government and the Taliban will meet to set the agenda for the negotiations.

Faraidoon Khwazoon, spokesperson for the High Council for National Reconciliation, said that on the second day of the intra-Afghan talks being held in Doha, Qatar, the two delegations will meet.

Khwazoon said, “Today a small five-member delegation from both sides will meet.”

The two negotiating delegations met after the opening ceremony on Saturday to “get to know each other better” said Nader Nadery, a member of the Afghan peace delegation, and senior advisor to President Ashraf Ghani. 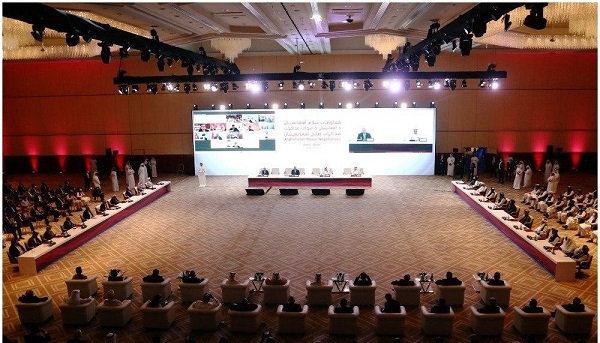 Each team introduced a contact group who will be discussing the rules and procedures as well as the agenda for the first round of the talks.

Coinciding with the start of intra-Afghan talks, Abdullah Abdullah, the chairman of the High Council for National Reconciliation, met with Special Representatives from Norway, Pierre Albert Ilsas, and Germany, Potzel Markus.

Both hailed the start of the peace talks as a “historic moment” and expressed their country’s readiness to host the next round of the negotiations.