In an article on their website al-Emarah, the Taliban responded on Sunday, to media reports of why women were not included in their delegation that was in Qatar for the inaugural peace talks with the Afghan government.

The article, titled “Why are there no women in the Taliban team?” said critics need to understand that “delegates are not sent to the decision-making stage on the basis of gender, race, position, and other privileges” but based on the “commonalities and higher values of all sections of society, including men and women, small and large, East and West.”

“Whoever can defend these values is the individual representative of the society,” the author writes.

“The intra-Afghan peace negotiations are the basic decisions for the future of Afghanistan, not an exhibition of gender and racial diversity of the Afghan society, for someone from all walks of life to be present,” he adds.

The commentary, written by Abdul Sattar Saeed, argues that as long as foreigners are not present in the dialogue, even as observers, but only the citizens of Afghanistan, “arguing among themselves,” there should be no reason to comment on the racial or ethnic profile of the group. 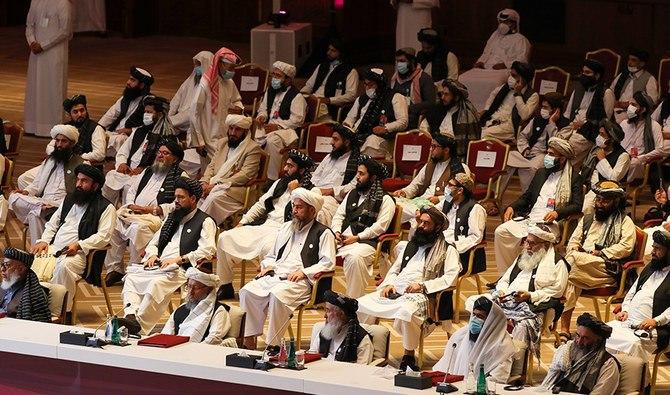 He gives the example of an ethnically diverse Pakistan, Iran, Turkey and Iraq, and questions the possibility for negotiations “in such a way that they represent the people of each stratum?”

“Our nation is Muslim. In Islam, the field of work and responsibilities of men and women are known,” he says.

Saeed argues that the Taliban “represent the Afghans” and that religion and history “teaches how understanding, dialogue and compromise should take place and what the negotiating rules should be.”

Regarding the representatives of different ethnic groups, the Taliban says that they will be there on the “board of the Islamic Emirate”.

Commenting on the diversity of Afghanistan, they remark that not all fingers are the same, and “natural difference can never weaken the strong belonging of the Islamic Brotherhood.”

“Therefore, whoever is a Muslim, is righteous and is faithful to the religious ideals of the nation, whether he is from any province and speaks in any dialect, can represent the individual of this nation, if we look closely, this is not the weakness of the Islamic Emirate but its strength, Saeed writes.