MoD in a statement on Saturday night said that Jaghatu district has been cleared of Taliban insurgents in the second phase of “Mobin” operation launched by Afghan security forces and backed by air forces.

The statement added that dozens of embedded mines were defused in the operation and heavy causalities were inflicted on the Taliban during the operation. 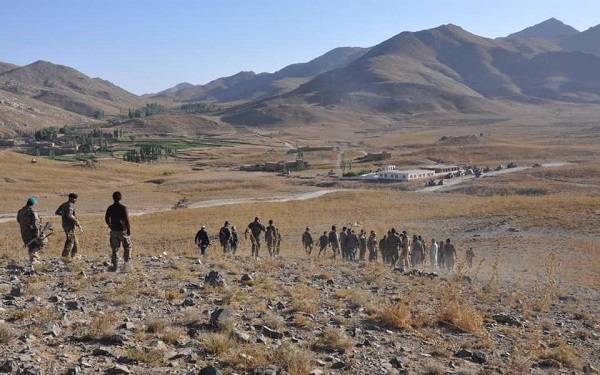 According to the MoD, after the recapture of Jaghatu district, Malistan, Jaghuri, Ajristan and Nava districts of the province have been connected to the capital of the province.

Meanwhile, the Mobin operation was launched to tribute the third brigade commander of Thunder Corps in Ghazni, Colonel Abdul Mubin Mujtaba who was killed by a Taliban infiltrator, in Qarabagh district of the province.

The operation started in three phases in Ghazni province; the first one was conducted in the southern part of the province, the second phase was conducted yesterday for recapturing the Jaghato district and Dara-e Qeyaq.

The statement added that the third phase of the operation will include the continuation of counter-terrorism operations for providing the security of highway No 1 of Ghazni province.