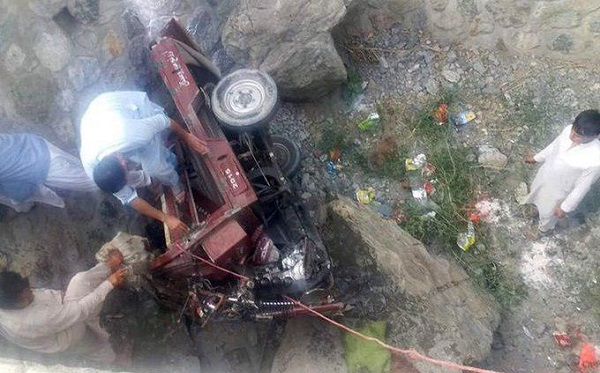 He added that the individuals killed in accident include five women and 5 men and two children of the family have been injured.

The family was residents of Sorkh Rod district of Nangarhar who had come to Kabul to attend a wedding ceremony, and the accident occurred while they were heading back to the province, spokesperson for Kabul police said.

The traffic police have begun their investigation into the incident, said spokesperson for Kabul police adding that what seems to be the cause of accident is the rickshaw was carrying more than safe number of people.