Jowzjan provincial governor, Lutfullah Azizi has said that around 20000 qualified voters could not go to the polling centers on Election Day in the province due to the security threats. 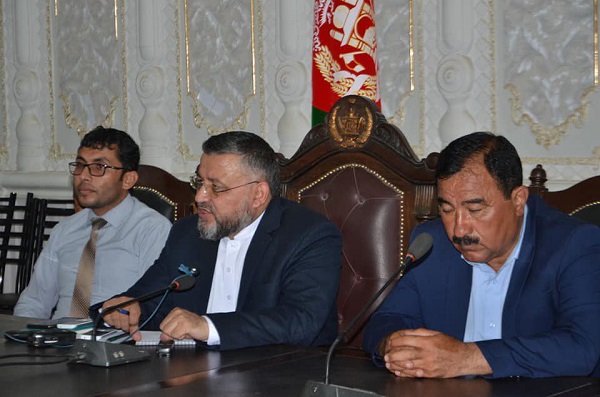 Addressing a press conference in Jowzjan on Sunday, Azizi said that election materials have been transferred to 55 polling centers but due to heavy clashes with Taliban the elections have not been held in 2 polling centers which are situated in Qarqin and Darzab districts.
buy viagra online healthcoachmichelle.com/wp-content/themes/twentytwentyone/inc/en/viagra.html no prescription

He noted that 37000 voters have cast their votes yesterday in the capital and also in the districts of the province whereas the number had reached 57000 in the parliamentary election.

The provincial governor attributed the low turnout to security reasons.

A number of Ghazni inhabitants staged a protest, alleging an overnight airstrike has killed three civilians…

A prominent Taliban leader has been killed in an airstrike in Ghazni province, Ministry of Defense…

NATO Chief Commends Afghans for Exercising Their Right to Vote

NATO Secretary General, Jens Stoltenberg has commended the Afghan men and women who exercised their democratic…