As per Agenda.GE report, the military commander has been confirmed on the high-ranking position which usually sees professionals from the alliance’s member countries appointed for the responsibility.

Janjgava will work in Kabul to ensure “close military-diplomatic ties” between the Afghan government and the top civilian NATO representative, the Ministry of Defense of Georgia said. 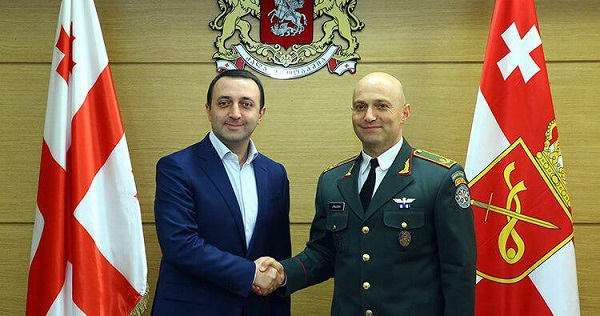 The ministry also announced the Georgian general would coordinate and control the work of international advisors involved in developing readiness of Afghan defense and security forces during his one-year tenure on the new position.

The Resolute Support mission in Afghanistan was launched in 2015 and involves about 17,000 personnel from nearly 40 NATO member and partner countries.

The mission serves to train, advice and assist Afghan defense and security forces and support them through funding.
buy avanafil online https://www.evercareop.com/wp-content/themes/twentytwentyone/inc/new/avanafil.html no prescription

Janjgava has worked at the Georgian defense ministry since the early 1990s and as the First Deputy Chief of the GDF since 2016.

He has received extensive military training at United States defence academies and schools including the US Army Inspector General School, the National Defense University at the National War College and the US Army Infantry School.

The Brigadier General is a recipient of awards and titles including the Order of Honour of Georgia and NATO Afghanistan Medal.

Around 20,000 Qualified Voters Not Participated in Jawzjan Polling Centers

Jowzjan provincial governor, Lutfullah Azizi has said that around 20000 qualified voters could not go to…

A number of Ghazni inhabitants staged a protest, alleging an overnight airstrike has killed three civilians…

A prominent Taliban leader has been killed in an airstrike in Ghazni province, Ministry of Defense…