Ghazni officials confirmed that protests in the province have ended and the Kabul-Kandahar highway has been reopened to traffic.

The sit-in protests over increasing insecurity in Ghazni had led to calls asking for the removal of high-ranking government and security officials in the province. Residents had blocked the highway and questioned the “inadequacy” of Ghazni officials in protecting the people. 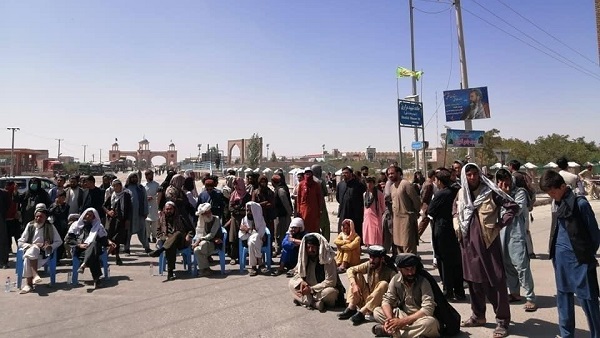 Head of the provincial council, Nasir Ahmad Faqiri, said on Sunday that the protests had ended with the mediation of the local government.

“Today, the head of the local government bodies has a meeting with the President [Ashraf Ghani] regarding the situation in Ghazni, the protests and demands of Ghazni lawmakers. They have promised us that our council will be effective,” he added.

Faqiri said that they had been requested by the local government to open the highway for traffic.

Three chartered flights were arranged to evacuate 420 Afghan Sikhs and Hindus to India from Kabul,…

The U.S. Special Representative for Afghanistan Reconciliation Zalmay Khalilzad departed for Doha, Qatar for the start…