Former Afghan President Hamid Karzai said he hopes that the US-Taliban peace talks should resume in a clear and transparent manner that leads to lasting peace and stability in the country.
buy vardenafil generic rxbuywithoutprescriptiononline.com over the counter

In a reaction to US President Donald Trump’s decision to call off peace talks, Karzai said on Sunday that peace is the desire of every Afghan citizen and is the highest priority for the people of the country. 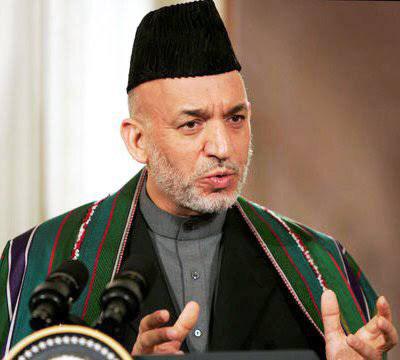 “When peace talks between the United States and the Taliban began, the US move was welcomed by the Afghan people, and now that the process has been called off by the United States,the Afghan efforts shall not stop, on the contrary, these efforts should be increased,” Karzai remarked.

Karzai called on parties involved in Afghanistan to stop the violence and accelerate the intra-Afghan talks for a permanent peace in the country.

Hamid Karzai also called on the major regional countries to continue to work with Afghan people for achieving peace in Afghanistan as well as urged them enhance their partnership.