“The two leaders spoke about the current situation Afghanistan and how to go ahead with the NATO troop presence there,” government spokesman Steffen Seibert said. The close coordination and cooperation as well as continued political commitment for the country had also been discussed, Seibert added.

The two leaders also agreed to call on Russia to reduce its troops on the border with Ukraine, Merkel’s office said. 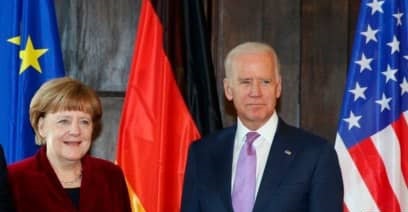 Russia’s growing number of troops along Ukraine, as a counter to NATO troops, has turned many heads in the political world.

On Tuesday, Biden proposed a summit with Russian President Vladimir Putin. The Kremlin said on Wednesday it was premature to talk in tangible terms about a possible meeting between Putin and Biden.

Meanwhile, Biden said the United States will not leave Afghanistan in a hurry, but responsibly and in coordination with its allies. The US president said that Washington will continue to assist Afghan security forces after the withdrawal. He, at the same time, called on Pakistan, Russia, China, India and Turkey to “support” Afghanistan, adding that these countries “have a significant stake in the stable future” of the war-torn country.