Kabul: In a press briefing at the NATO headquarters in Brussels, US Secretary of Defense Lloyd J. Austin said that he wholeheartedly supports President Joe Biden’s decision to end US’ longest war by September 11.

Austin thanked NATO service members for their sacrifices in this common defense. There are currently around 10,000 NATO forces in Afghanistan, with 2,500 of them being American. This is down from over 100,000 in 2011. 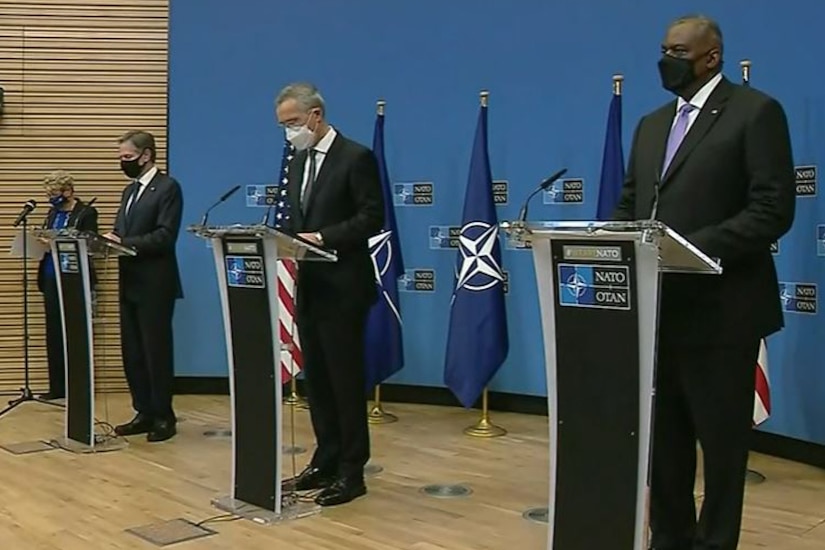 “Our troops have accomplished the mission they were sent to Afghanistan to accomplish,” Austin said.

NATO Secretary General Jens Stoltenberg said the NATO effort in Afghanistan “prevented Afghanistan from serving as a safe haven for terrorist attacks.” He said pulling the troops out of the country will not mean the end of NATO nation’s efforts in Afghanistan. He cited diplomatic and economic efforts that will continue, and he called on the Taliban to seriously negotiate with the Afghan government.

The sacrifices made by NATO, partner nations and Afghan forces have enabled economic, civil and political progress in Afghanistan.

“There is still too much violence, to be sure. And we know the Taliban still seek to reverse some of this progress. That is why we support wholeheartedly the diplomatic efforts ongoing to achieve a negotiated and political settlement that the Afghan people themselves endorse,” he said.