Kabul: In a response to the US and NATO forces announcing withdrawal of their troops from Afghanistan by September 1 this year, the Taliban has stated that the timeline of withdrawal is a clear violation of the Doha agreement, signed between the group and the US.

The Doha agreement required the US to pullout all its troops from the war-ravaged country by May 1 and the Taliban sees the new announcement as a failure of US to meet obligations under the agreement.

The Taliban added that the group will resort to countermeasures, and the consequences will be the responsibility of the Americans. The Taliban have called on all parties to the Doha Agreement to pressurize the United States to live up to its obligations under the agreement and withdraw all troops from Afghanistan by the deadline (May 1). 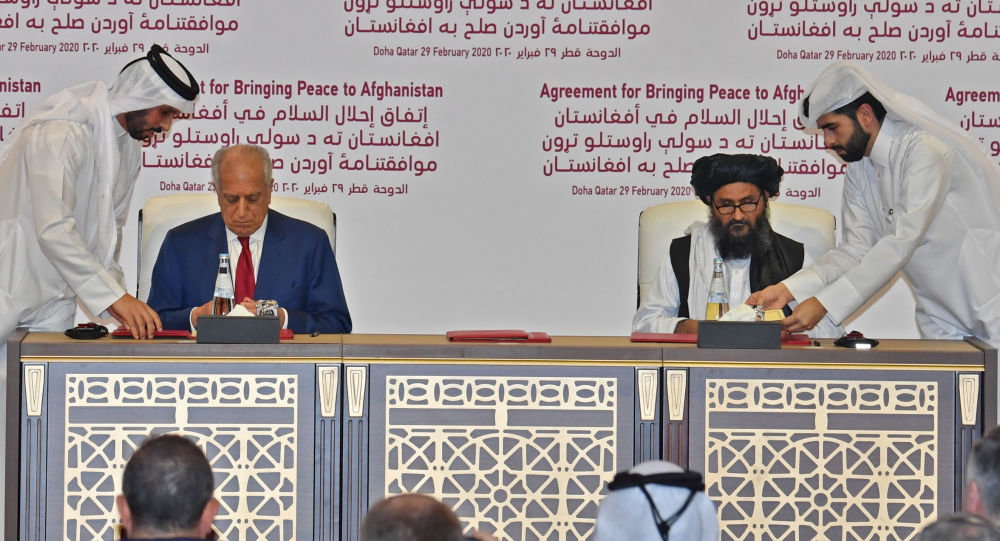 The group said that the United States has shown the world that the American direction could not be trusted as it failed to live up to its commitments to release all Taliban prisoners from government prisons, abolish blacklisting and withdraw troops by a certain date.

The statement said that the Taliban had so far implemented the agreement well and that it was the only solution to the Afghan conflict. “Now, if the United States violates the agreement, the Islamic Emirate will basically open the way for any necessary action to the Mojahedin, so the responsibility for the future consequences will fall on the Americans, not the Islamic Emirate,” the group said.

US President Joe Biden announced that the country is ending its long war in Afghanistan. The US president added that the US troops will start the withdrawal beginning May 1 and will complete it by September 11.

Meanwhile, the US, UN and Qatar are planning a peace summit in Istanbul with the Afghan government and the Taliban to chalk out a future roadmap for the country. Taliban has refused to participate in any peace talks till the troops have been withdrawn, while the Afghan government is ready with a unified peace plan for the April 24 summit.