Kabul: With the US and NATO announcing troop withdrawal from the war-ravaged Afghanistan by September 11 this year, CIA chief William Burns has warned the administration that the decision to pull troops from Afghanistan will weaken the US ability to track terrorists and act on extremist threats.

Burns’ testimony to the Senate Intelligence Committee highlighted a key risk inherent in President Joe Biden’s decision to pull all remaining US forces out despite the enduring presence of al Qaeda and Islamic State militants.

Burns added, however, that the US government would retain capabilities after the withdrawal to “help us to anticipate and contest any rebuilding effort” by al Qaeda. 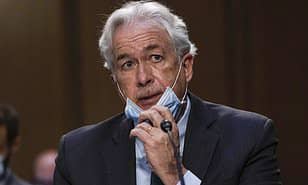 A United Nations report in January said there were as many as 500 al Qaeda fighters in Afghanistan and that the Taliban maintained a close relationship with the Islamist extremist group. The Taliban deny there are any al Qaeda operatives in Afghanistan. Long War Journal’s analysis of 16 issues of Thabat, Al Qaeda’s media platform, has shown that the Al Qaeda and its allies had been responsible for many attacks in 18 provinces of the country since November 2020 till now.

Even a US report on global threats issued on Tuesday said that US intelligent agencies are not keen about the chances of a peace agreement between the Taliban and the Afghan government for the coming year. The intelligence agencies have warned that the Taliban believes it can successfully use force to shape the political reality on the ground.