The National Statistic Organization has announced that of total 32.2 million population of Afghanistan, 51 percent of them are males and 49 percent are females.

According to the organization, of total population of Afghanistan, 16.4 million of them are men and 15.8 million are women. 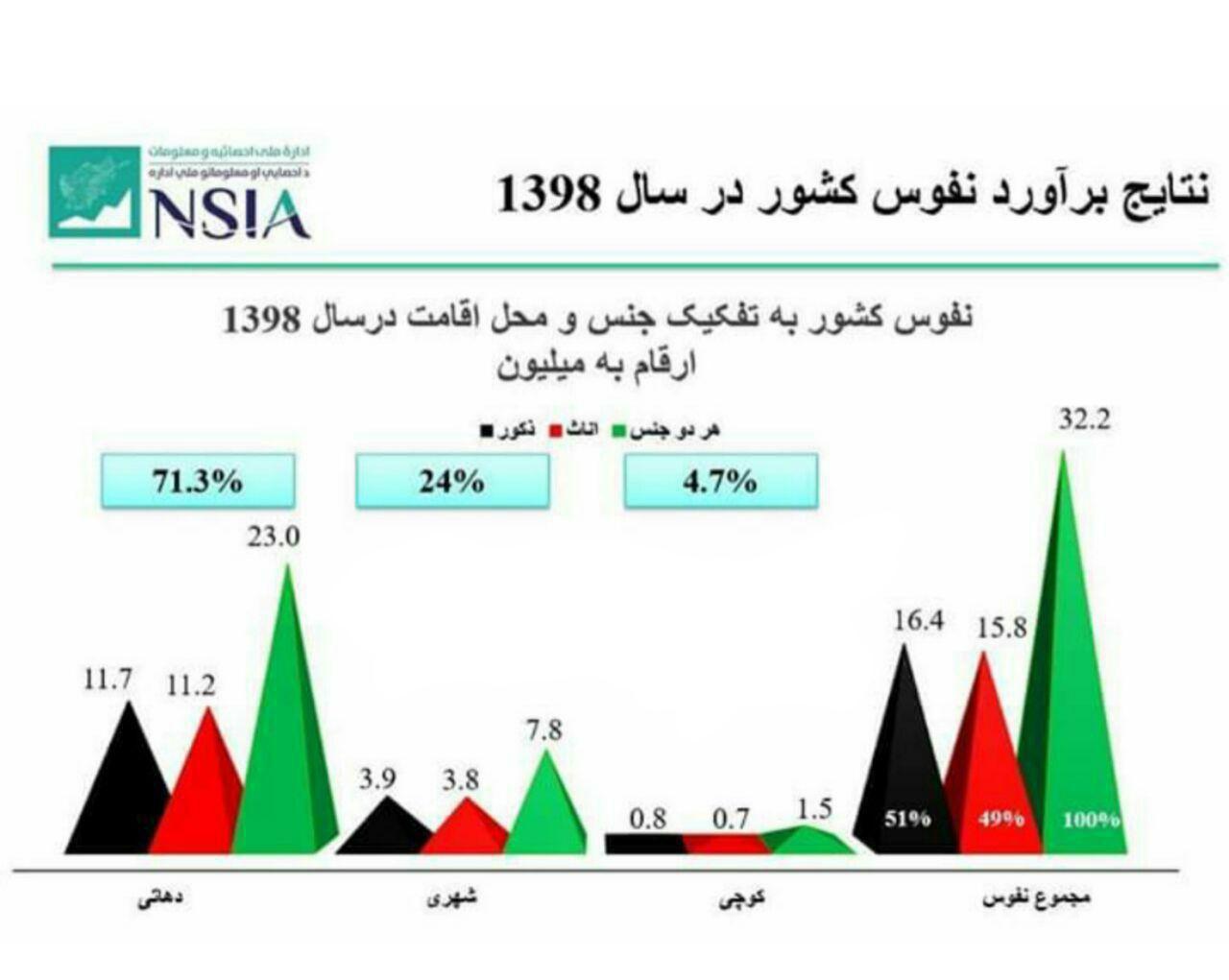 “Based on statistics, Afghanistan’s population is estimated at 32.2 million people, 71.3% of them in rural areas, 24% in urban areas and 4.7% Kochi nomads,” National Statistic Organization said on Thursday.