An asylum-seeker on the Greek island of Lesvos was shot and injured after apparently violating coronavirus quarantine rules, officials said Thursday.

The man, an Afghan, reported to the camp’s infirmary with buckshot wounds late Wednesday, sources at the Moria camp said.

He was taken to the local hospital but his condition was not deemed serious. 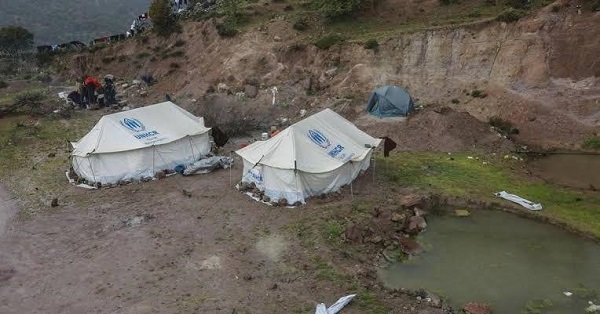 The man told police he had ventured out of the camp, which is under lockdown alongside the rest of Greece’s migrant facilities to limit the spread of the virus.
buy augmentin online https://dentalassociatesmn.com/wp-content/themes/dental-assoc/inc/php/augmentin.html no prescription

There have been coronavirus cases in two camps and a migrant hotel on the Greek mainland, where 150 people tested positive this week.

So far, no cases have been reported in camps on the islands, with no widespread screening conducted by authorities.

China Will Continue to Support Afghanistan’s Fight Against COVID-19: Ambassador

The Ministry of Agriculture, Irrigation and Livestock (Moal) says the price of egg came down from…

Amidst the COVID-19 pandemic,. the European Union on Wednesday/ announced contribution of 2.7 million euros to…