Masoud Andarabi, Acting Minister of Interior Affair stated on Thursday that the 4-year Strategic Plan has been developed and it focuses on four areas; strengthening public order and maintaining security, rule of law and combat against crimes, delivering effective and transparent services, and institutional reforms.

Andarabi said that for the first time MoI has prepared all Kabul checkposts’ maps and a GIS lab is also established. 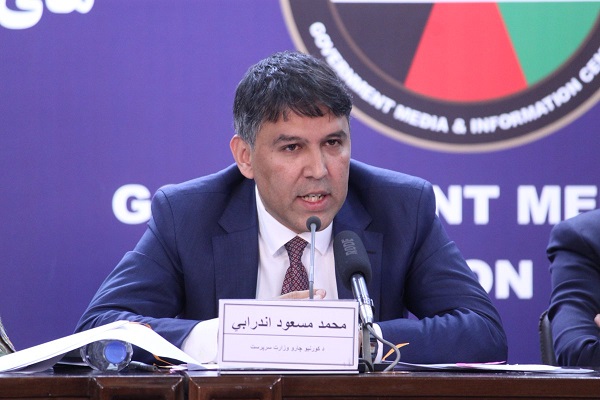 55 corruption dossiers were referred to justice and judicial institutions, he added.

Andarabi said that the MoI will soon release the list of biggest robbers of Police food and also that for the first time, MoI encounters the criminals as networks not individuals.

“We have built strong coordination between security & defense forces so that we can jointly identify and arrest the criminals”, he said.

“I request the citizens of Afghanistan, especially Kabul, to cooperate with Police in identifying the criminals and provide information by calling 119” Andarabi said.

He conceded that they are in full coordination with ministry of defense in terms of fighting.