“Had a fruitful meeting w/former Vice President of #Afghanistan Marshal Abdul Rashid Dostum. Will continue to stand by our Afghan brothers and sisters during the peace and reconciliation process,” Mevlut Cavusoglu said on Twitter. 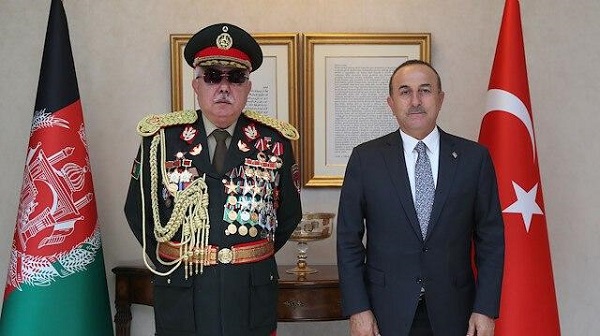 Turkey is ready to contribute to the peace and reconciliation process between the Afghan government and the Taliban, which he sees as a historic opportunity to end the conflict that has been going on for more than 40 years in Afghanistan, Cavusoglu said, adding his country is also ready to host a next round of peace talks which are expected to be held in Doha first.

As Muharram mourning approaches, the Ministry of Public Health (MoPH) is urging people not to hold…

COVID-19: MoE to Reconsider Decision on Reopening of Schools if Students Test Posiitve

The Acting Minister of Education , Ranginah Ahmadi says that even if one student becomes infected…

Following Taliban’s recent allegation over the security threats against its prisoners, the Afghan government has said…

Turkmenistan Sends Another Batch of Humanitarian Aid to Afghanistan