At least 18 security personnel were killed and eight more were wounded in Taliban attacks in Nangarhar and Takhar provinces.

At least 13 People’s Uprising Forces and a border policeman were killed and six more security personnel were wounded in a late-night attack in the Khwaja Bahauddin district of Takhar on Thursday, said spokesperson for the Takhar governor, Jawad Hijri.

In the Dasht-e-Archi district of Kunduz, a mortar killed at least three children when it landed on their house, locals said. Security forces have yet to comment on who fired the round. 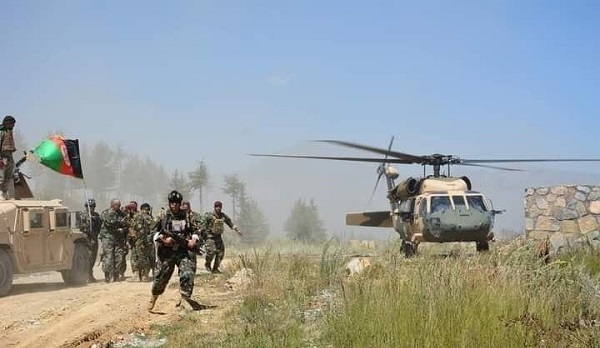 A roadside mine in the Dawlat Yar district of Ghor province, killed at least five civilians on Thursday, local officials said.

Special Operations Corps said a Taliban attack on the Patkhab village of Logar’s provincial capital was countered, killing a militant commander identified as Abdullah, on Wednesday. Another Taliban fighter was arrested during the clash.

At least eight Taliban members were killed and four more were wounded in clashes with Afghan security forces in Panjwayi district of Kandahar on Wednesday, said the Special Operations Corps.

The Ministry of Defence said that two mines planted by the Taliban along public roads in the Deh Sabz and Paghman districts of Kabul were discovered and managed by the Afghan National Army.

In the past 24 hours, 368 suspected coronavirus samples have been tested in the ministry’s laboratories,…