Local officials in Badghis confirmed that Deputy Governor Faiz Mohammad Mirzazada has been fired from his office following protests by people in the province, and the plane carrying the newly-appointed provincial governor will not be allowed to land.

Mohammad Naser Nazari, a member of Badghis Provincial Council, told Reporterly on Thursday that the protests were due to the non-inclusion of the people of Badghis in the central and local government.

He said people blockaded the Qala-e-Naw airport and would not allow the airplane carrying Governor Gen. Juma Gul Hemat to land. 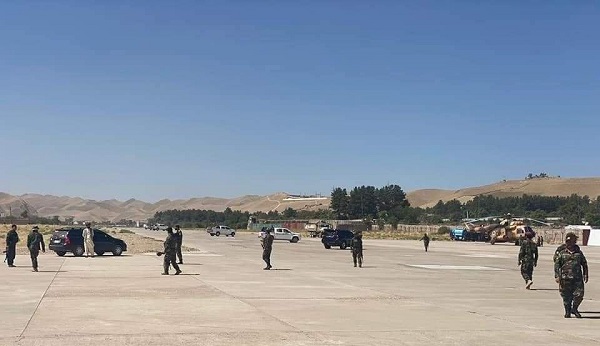 They then demanded for the deputy governor to be fired from his post.

Nazari said this was done because the central government had not included enough officials from the Badghis cadre.

The protests started on Thursday morning, and while no violent clashes have been reported, steps were taken to prevent the introduction of the new governor.

A local source confirmed the incident and said the situation on the ground was deteriorating.

“Badghis province has neither a head nor an owner,” the source told, and declined to give further details.

In the past 24 hours, 368 suspected coronavirus samples have been tested in the ministry’s laboratories,…