Security officials have announced that 6 children were killed and wounded in a mine explosion in Faryab province.

The Press office of Faryab Police headquarters said in a statement: “Taliban group had placed a mine near the gate of their hideout in Shah Nazir village of Khwaja Namosa region of Pashtunkot district, for fear that security forces would carry out night raid at their compound.” 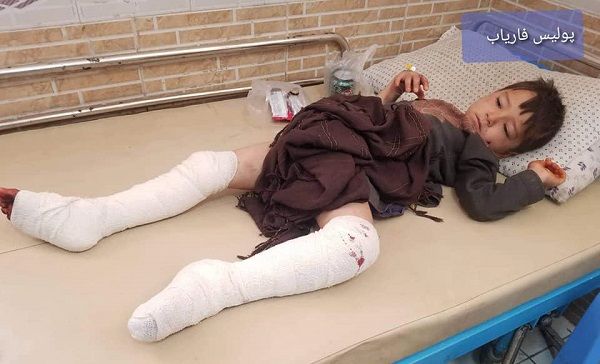 The statement added that, after the Taliban left the area, a number of children aged between 8 to 10 while playing in the area where the mine eventually exploded, and as a result one child was killed and 5 others were injured.

The injured were evacuated to Maimana city, the capital of Faryab province and are under treatment, the statement said.