In a virtual talk on Wednesday, acting Foreign Minister Haneef Atmar said Kabul wants to establish a humanitarian ceasefire as soon as possible during their talks with the Taliban.

“In terms of what we want to discuss with the Taliban, the number one issue will be a humanitarians ceasefire,” Atmar told the participants as a Hoover Institution talk.

“It’s key now because our people are being killed by both the violence and the COVID-19 pandemic,” the minister said, adding that an agreement would allow them to “deliver the critical life-saving and life sustaining services to the population” during the pandemic. 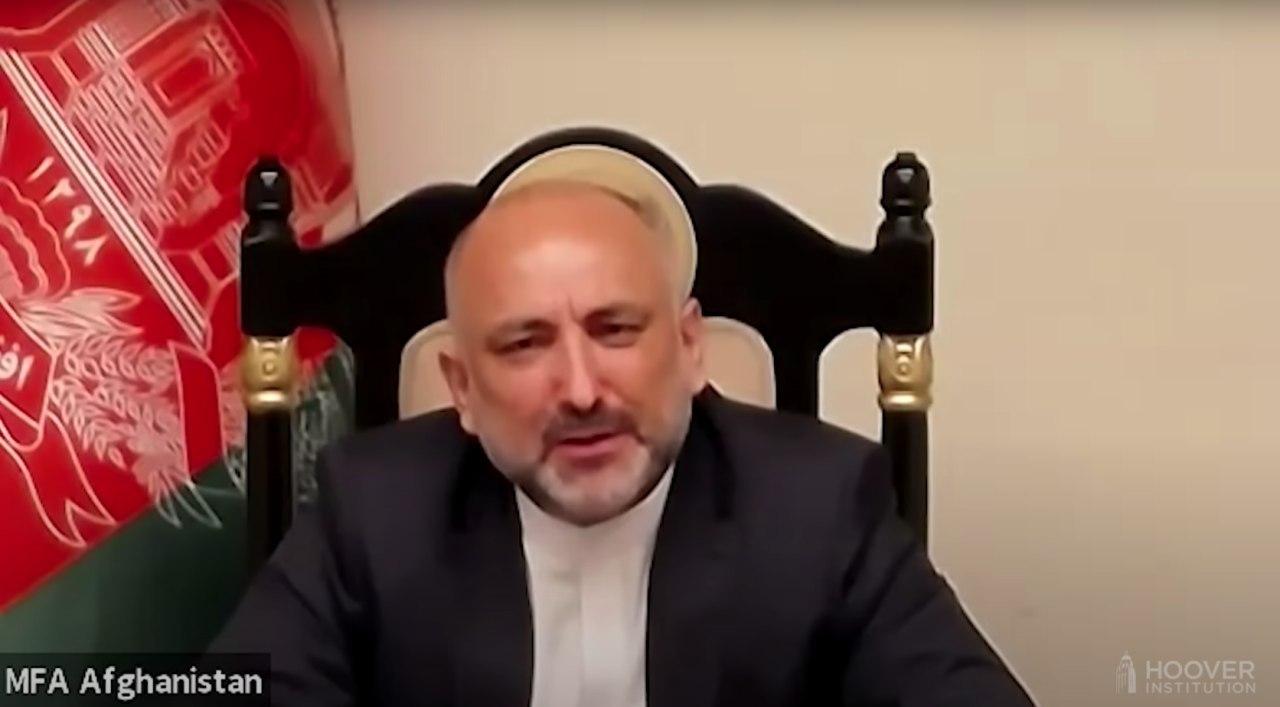 Atmar said they would also discuss the implementation of the Doha peace agreement.

He said the withdrawal of foreign troops from Afghanistan should be conditional and begin at a time when no foreign fighter are present.

He also said that the government’s non-negotiable issues, “red line” were the protection of the republic, human rights and established institutions.

The acting minister said that the international community must guarantee the implementation of the agreement with the Taliban.