A gunman opened fire outside the French city of Strasbourg’s Christmas market at about 8pm on Tuesday, shooting at three different groups of people in the minutes that followed.

The two people killed in the attack included a 45-year-old man who had invited his family for a drink in the Stub restaurant. 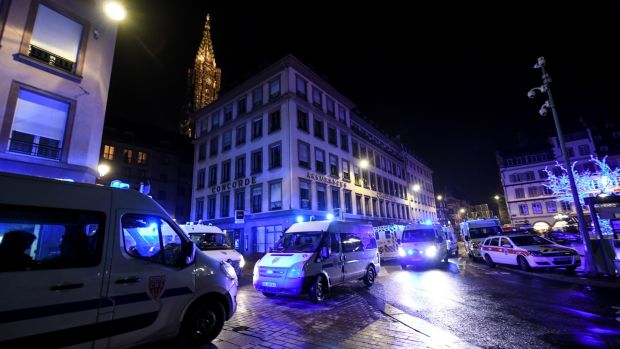 The second man killed was a 45-year-old Thai tourist who was shot in the head. He and his wife had arrived in France the previous day and were to have travelled to Paris on Thursday.

A third victim, an Afghan car mechanic who was a practising Muslim, was repported to be brain dead.

French police have now issued a photo of Cherif Chekatt, the 29-year-old Frenchman suspected of the gun attack.

President Ghani on his visit to Herat on Thursday inaugurated the Lapis Lazuli route. In his…

53 Insurgents, Including 6 IS-K Members Killed Across Several Provinces of Afghanistan

Security officials have reported the death of 53 insurgents including six IS-K militants in 16 provinces.…