President Ashraf Ghani met with General Mark Milley, the US Chairman of the Joint Chiefs of Staff yesterday evening in Kabul, the president’s office (ARG) confirmed.

According to a series of tweets, ARG stated that both sides expressed their concerns over the escalation of violence in Afghanistan and discussed the Afghan peace process and the immediate need for a ceasefire in the country.

Milley assured Ghani that the United States will continue to support the Afghan Defense and Security forces. 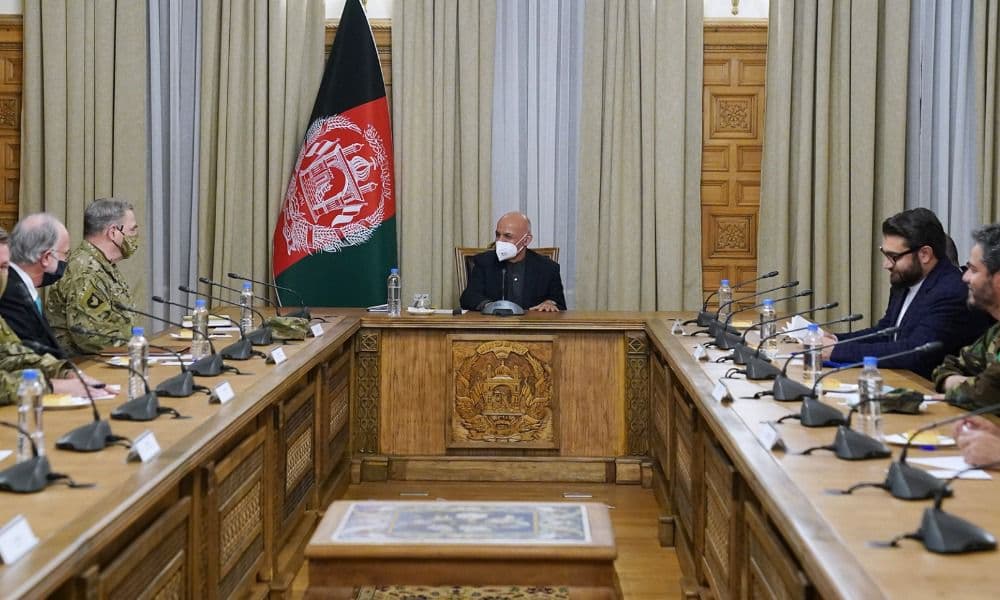 Ghani and Milley’s meeting meanwhile comes just two weeks after Milley stated that the US was in the process of pulling at least 2,000 troops out of the country and that only 2,500 would remain by January 15.

Speaking to Brookings Institution at the time, Milley said: “We’re in the process of executing [the drawdown] right now. That’s happening as we speak.”

He said that the US had achieved only a “modicum of success” after nearly 20 years of working to establish a stable democracy in Afghanistan.