“Today, human rights are increasingly under pressure around the world, including in Afghanistan. Only in the last few months, we have seen several targeted attacks against journalists, civil society activists and prosecutors. It is becoming more and more difficult for human rights defenders, civil society and media representatives to do their work. I have also understood that ACSFo later in the conference will present additional findings when it comes to threats against human rights defenders. I reiterate our expectation that all these attacks and targeted killings are thoroughly and transparently investigated by relevant authorities, and that effective measures are taken to protect human rights defenders and media representatives. The perpetrators must be brought to justice,” Pauwels said in a press release released on Thursday.

He stated that human rights defenders play a key role in defending fundamental rights and in protecting victims, combating the impunity of those responsible and raising awareness of human rights both at national and local level, despite an often hostile environment. 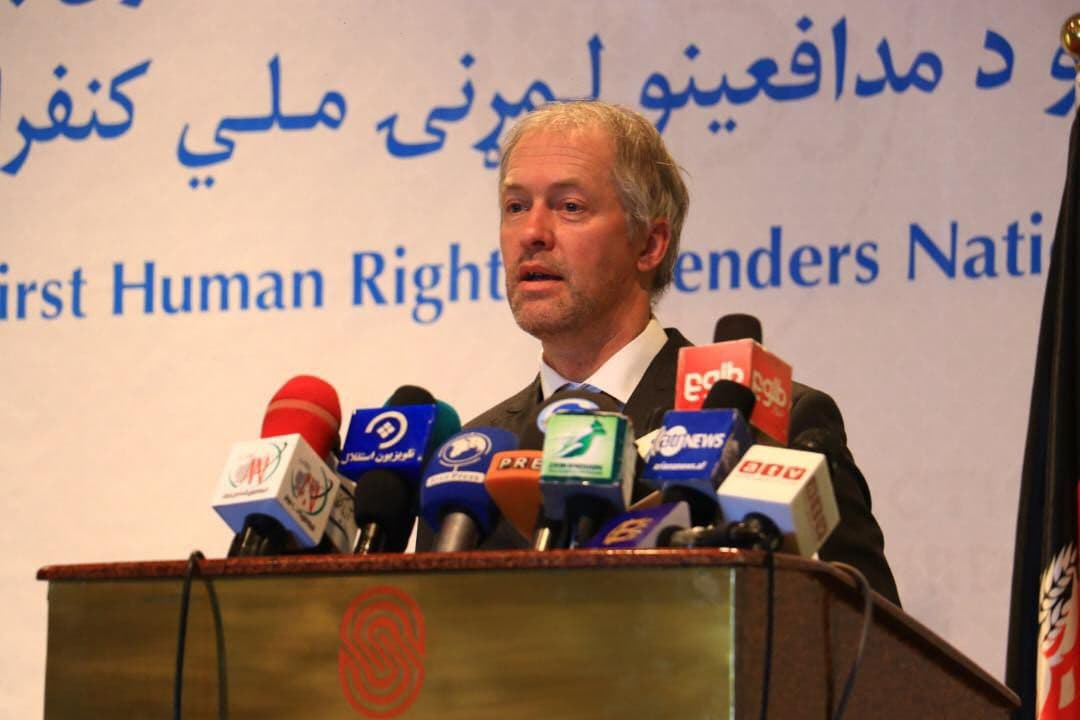 “Without your courage and daily struggle, Afghanistan would be a different place and democratic progress would not be possible. As we will be updating our Human Rights and Democracy country strategy, I very much look forward to coming consultations and exchanges with civil society,” he asserted.

“The establishment of the new government commission, tasked with protection of human rights defenders and strengthening human rights advocacy is a welcome progress. We encourage Afghan authorities to uphold the respect for the rights of human rights defenders, especially women, to protect them from attacks and threats from non-state actors and to work to increase knowledge by law enforcement officials of the state’s obligations in this field. I hope that the commission will soon become fully operational and take practical and tangible actions for concrete follow-up of cases and better protection of human rights defenders,” he added.
buy stendra online http://expertcomptablenantes.com/wp-content/themes/twentytwentyone/classes/new/stendra.html no prescription