The remains of Sgt. 1st Class Michael James Goble were returned to the United States on Christmas Day after he died from injuries sustained during combat operations in Afghanistan on Monday.

Goble, 33, was serving as a Weapons Sergeant to Company C, 1st Battalion, 7th Special Forces Group, and was operating in the Kunduz Province when he was wounded. 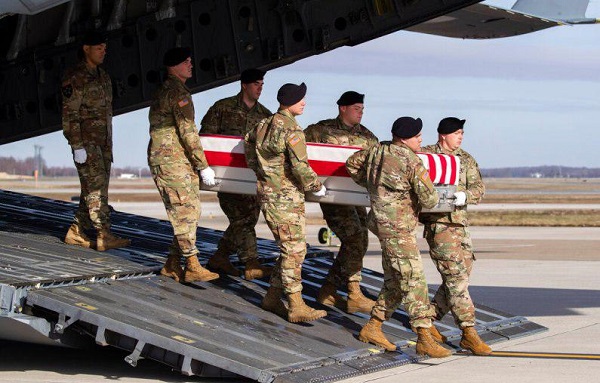 He had deployed to Afghanistan other two times before his death. Goble is the 20th U.S. service member to be killed in Afghanistan this year.

His remains were flown into Dover Air Force Base on Wednesday for the dignified transfer, with Chairman of the Joint Chiefs of Staff Mark Milley in attendance.