In a breakthrough development, the Afghan government and the Taliban confirmed on Wednesday that they had agreed on the procedure for intra-Afghan talks.

Both sides announced the milestone agreement in simultaneous tweets in the Pashto, Dari, Arabic, and English languages from the venue of the talks in Doha.

The US Special Representative for Afghanistan Reconciliation, Zalmay Khalilzad has said that the two sides overcame a three-month impasse and agreed on rules and procedures for the negotiations.

The development is significant as it means the warring sides are getting closer to actually starting to negotiate the issues that could end decades of fighting in Afghanistan and determine the country’s post-war future.

But first they must decide on the agenda for the negotiations, which is the next step.

In a series of tweets, US envoy Zalmay Khalilzad said on Wednesday there was a signed document and urged both the Taliban and the government to get down to the business of negotiating a “political roadmap and a ceasefire.” 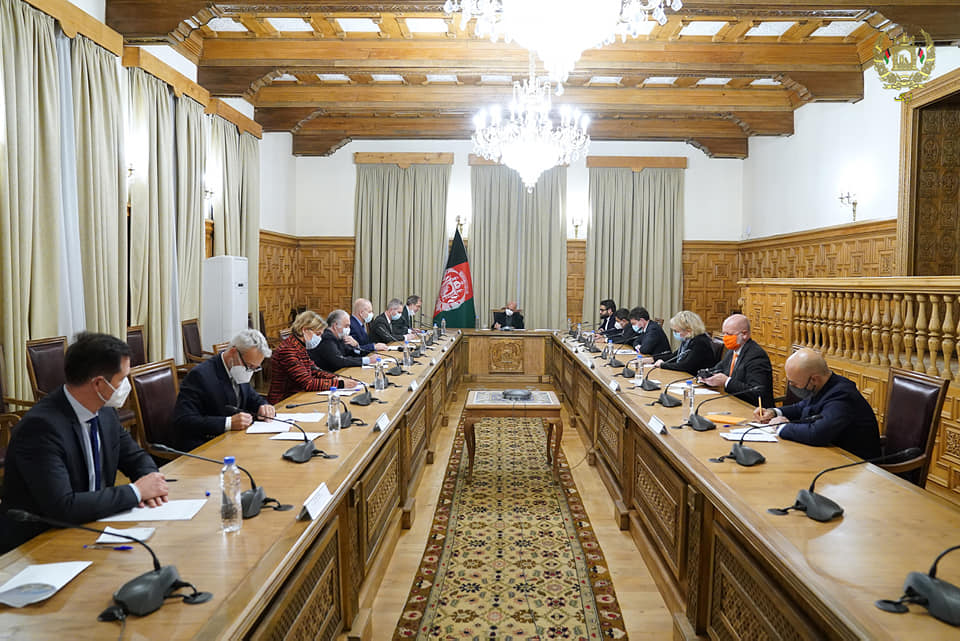 US Secretary of State Mike Pompeo congratulated the two sides on “perseverance and willingness to find common ground”, and added that the United States would “work hard with all sides in pursuit of a serious reduction of violence and ceasefire”.

The NATO chief has welcomed the breakthrough deal between the Afghan government and the Taliban in the Qatari capital Doha.

Speaking at a news conference in Brussels after a defense ministers’ meeting, Jens Stoltenberg said: “This is one step towards lasting political, peaceful resolution of the war in Afghanistan.”

He said that all NATO allies strongly support the peace process, adding that they would like to see more progress on “establishing a political roadmap and a comprehensive cease-fire.”

EU ambassador to Afghanistan, Von Brandt on late Wednesday said that all EU ambassadors had a meeting with Afghan President Ashraf Ghani and commended the Islamic Republic and the Afghan people on the first milestone in Doha amidst continued violence.

“Albeit procedural, this should pave the way for more substantive agreements An immediate ceasefire will be the utmost priority. We welcomed the progress on the High Council and encouraged for a broad inclusive „Assembly“ to follow. We committed to continue working with the region,” he said.

“We reiterated our Afghanistan2020-consensus on conditionality: peace, governance, anti-corruption and underscored the need to continue channeling large parts of our development assistance through NGOs,” he added.

The three-page document lays out the rules and procedures for the negotiations, which are taking place in Qatar where the Taliban have long maintained a political office.

At least 103 Taliban insurgents have been killed and wounded during the clearance operation in Marouf,…