Officials at the Ministry of Finance say that during the fiscal year of 99, revenues of 28 billion afghanis were collected from Herat, Farah and Nimroz provinces’ customs in the west of the country.

Fardin Maarefati, director of publications at the Ministry of Finance said that the amount of revenue collected from the three customs offices in the fiscal year of 99 has decreased by 768 million AFN, or 2.
buy synthroid online http://healthdirectionsinc.com/Information/Forms/new/synthroid.html no prescription

7%, compared to the previous fiscal year.

Mr. Marefti also said that during the fiscal year of 99, goods worth 5.45 billion Afghanis were exported through the three borders of the western provinces, a decrease of 414 million Afghanis, or seven percent, compared to the previous year. 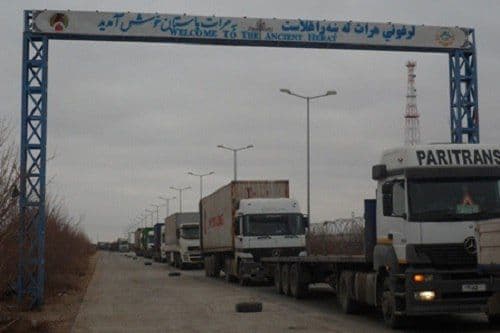 According to him, the outbreak of the coronavirus and the closure of the market for Afghan exports have been among the reasons for the decline in exports.

However, the representatives of the western provinces in the House of Representatives have criticized corruption in the country’s customs and called on the Ministry of Finance to stop corruption.