The Chief Executive Abdullah Abdullah and the leader of the “Stability and Partnership” visited the Enlightening Movement (Junbish-e Roshnayee) hill on Thursday.

The Executive Office in a statement said that the CE Abdullah along with his supporters visited the Enlightening Movement hill and said, “We gather here in remembrance of the martyrs of the enlightenment movement and declaring our support for the enlightenment and the justice movements.”

In the meantime, a member of the Junbish e Roshnayee, Zulfaqar Omid declared that the Stability and Partnership team had explicitly accepted two major issues of the movement; one of which was to cross the 500 kV line through main route and the second to cancel the entrance exam rationing.

The leaders of the “Satbility and Partnership” have also laid a stone on the hill which was carved with all identities of the Junbish e Roshnayee martyrs. 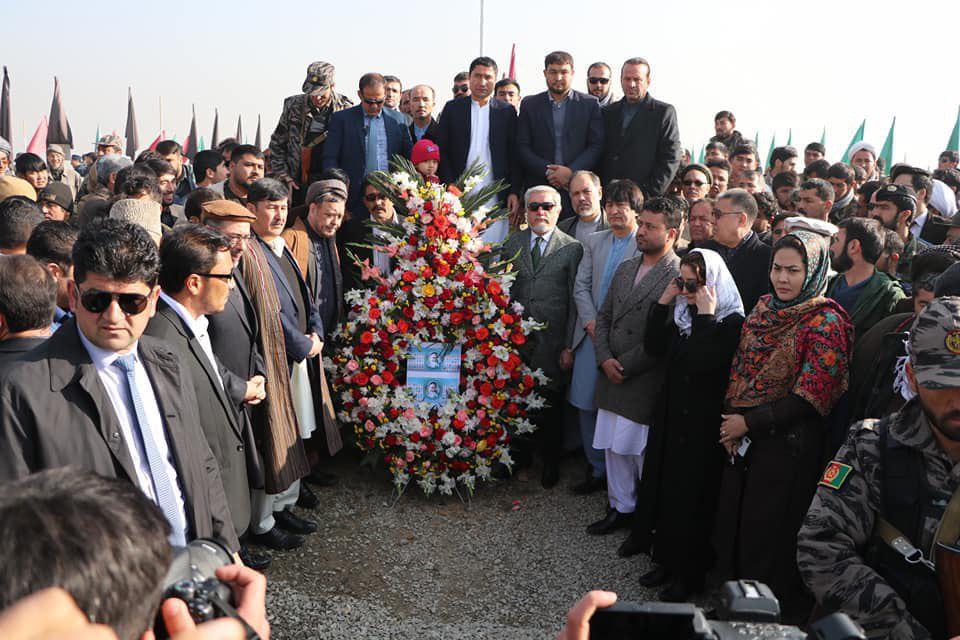 However, the presence of CE Abdullah in the Junbish e Roshnayee hill followed by the reactions of some members of the Enlightening Movement members.

“The presence of Abdullah at the Junbish e Roshnayee hill is at least an acknowledgement of the legitimacy of the intellectual of the movement, which is not enough. For now there is nothing to say to Mohaqiq and Sa’adati. But they should tell Abdullah that the martyrs had a claim that still exists. We want electricity and the switch of electricity,” Dawood Naji, a member of the Enlightening Movement said.

The Enlightenment Movement was set up to demand an unjustified change of Turkmenistan’s electricity transmission route from Bamyan to Salang in 2016, and repeatedly protested that the two-day demonstration of the same year had been targeted by a suicide bomber, which resulted more than 200 people killed and wounded.